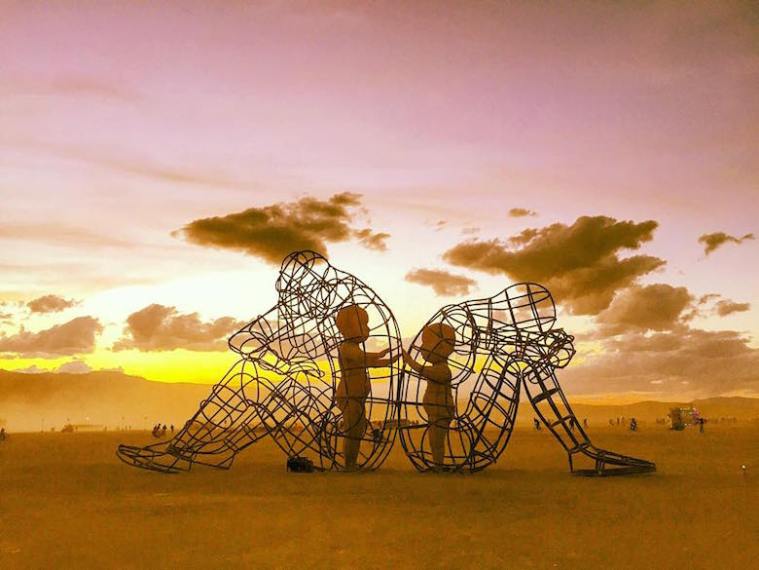 These days, most of my big life revelations arrive in the middle of the night accompanied by a bowl of cereal. For the last 2.5 years I have had at least one midnight snack every night, due to either pregnancy hungers or needing to refuel after nursing. There is something so sweet, almost soft, and magical, about being awake by myself in the dark and quiet. It’s not the worst exchange for a good night’s sleep.

Generally these Aha! moments are pretty nice. A shadow passing over the moon that changes the lighting ever so slightly in the kitchen. A cool breeze coming through an open window in the middle of a summer heatwave. A couple of thoughts finally coming together about how to make naptimes easier or car rides less unpleasant. Of course, life would be pretty dull if every Aha! moment was so prosaic (at least that is what I like to tell myself!). Recently I had a not so sweet “head bonk” kind of realization while munching on my Mesa Sunrise. It came in the form of “I don’t know”.

“I don’t know” is a hard answer. Most of us want a definitive response to our questions, so we can keep moving along with our lives. It’s even harder when the answer is to the question, “Why do people do bad things?”. You see, my inner child came knocking at the kitchen door that night, and over cereal wanted to know, “Why do people do bad things? Moreso, why do parents do hurtful things to their children? Why did bad things happen to me? And, if I am a parent does that mean I will do bad things to my children?”.

This series of questions felt like they came out of nowhere, but I’ve been around the “surprising questions” block enough times to know there was a trigger. Something happened earlier in the week that prompted my inner child to go into a frenzy of unanswered questions. My meditation practice provided the perfect answer, the most difficult, but true answer I could summon up: “I don’t know.”I went to bed, I cried over not-knowing and the pain of having to tell myself this hard answer and went to sleep.

I am fortunate (and wise) to have built a support system that could hold me up in the middle of such a storm. I went to my meditation teacher and asked her the questions of my inner child. She held safe space for me and also asked, “Are you actually doing anything abusive?”. This was the proverbial “head bonk” that Zen teachers can provide. I did the little “blink, blink, head shake” and realized that no, I was doing nothing abusive to my child, but I was so distraught over the idea that I *might* that I didn’t see that this fear prevents me from committing similar abuses.

Over the next week I mulled over these questions, and the ideas my teacher had asked me to think about (Am I being abusive? What does it mean for idols or parents to be fallible? Where could I fail my children?) and worked to stay open to whatever came up. I leaned on my mama group and husband for support and also looked to yoga for some relief.

In looking for answers and for some inspiration for my classes I cracked open a book called “Living Yoga” and started reading. Feelings of, “Ah yes, this is why I love yoga!” quickly washed over me until I read this sentence: “Addicts are essentially people who have failed to learn the principal lesson of yoga: Happiness cannot be bought with a quick fix but is the mature fruit of a life dedicated to higher values and ideal.” Suddenly my  “Bullsh^t!” alarms started going off in full force. I wanted to keep reading, to avoid the discomfort of that sentence, but my yoga/meditation mind said, “Stay Put.” So I let it sink in, like staying with a tough pose because you know the results will be worth it.

I am the child of addicts. I am the child of people who did bad things. I am the child of multiple addicts, nonetheless. My mother, biological father and stepfather were all addicts. My mother and stepfather have both passed away due to complications from their addictions. I have not seen my father since I was 16, and that was only once since I was 3. He may or may not still be an active addict. I know addiction very well from the outside. I have worked actively my entire life to not know addiction from the inside. This is the bad thing my inner child fears- being an addict. Being an addict and having that addiction hurt my own children.

So I stayed put. I read and re-read that sentence until I started to see why the bells and whistles went off. And here’s the rub-if you are just looking for a “more mature” version of seeking happiness you are no more noble, no more perfect, than the addict. My parents weren’t addicts because they had poor ideals and no values. My parents were addicts because no one ever taught them how to stay put. Or maybe, and I think this is especially true for my mother, no one ever believed in their ability to make it through the dark night. The quick fix is needed when we can not tolerate discomfort. Sometimes this is a physical discomfort, more often a mental discomfort. My mother took whatever drug, or partook in whatever experience, that would take her away from the pain of being abused herself. My father was a sex addict. He could not tolerate unmet sexual desire, and made some decisions that hurt his family greatly(he was also an unmedicated schizophrenic during their marriage and my childhood, which I am sure played a role in his actions).

BAM! Lightning Bolts! Thunder and Bells and Whistles! As this started to sink in compassion rose up in me. These people who loved me and hurt me were also like me, except I have inadvertently as well as by choice worked to be able to stay put when cravings arise, when desire chokes my senses or fear clouds my vision. I am not perfect, they were not perfect, but for whatever reason they lacked the practice of staying put. I will never know what my life would have been like if they had been able to stay put with their often intense discomforts, but I truly believe that is was a lack of support, practice in staying put and the right medications that prevented each of these adults from making better choices. If I am human, they are also human.

Okay so this is a yoga blog, right? Here’s where the practice comes in. Yoga and meditation have the ability to help us train our minds and bodies to become more tolerant. More tolerant of physical sensation. More tolerant of monkey mind, of wild thoughts and busy ramblings. More capable of staying put when difficulty arises. And it does. We are humans full of senses and hormones and memories. On Sunday I taught two classes on this very basic idea: Stay Put. Build Tolerance. You don’t need to enjoy the discomfort, and you’re not practicing fantasizing it away until something better comes along, you are actively allowing the sensation to exist and that’s it. It exists. It might pass(it probably will, maybe even quickly). It might just hang out. But by not jumping to the “fix” to the drugs, or the sex, or the anger, the brownie, the smartphone, whatever, by not jumping to the fix we loosen the grip of needing out. Because the brilliant thing is that at some point we are out of that discomfort. Yoga and meditation have been shown to actually rework the neural connections that cause us to seek the quick fix, retraining the brain to “play nicely” so to speak.

An important addition is something my meditation teacher had to say to me a few times before it sank in-often the “need” is chemically based. Cravings usually come from chemical triggers inside our bodies that happen because we are human, and due to those brain/neural pathways that “quick fixes” create overtime. But it also means we can have some warning or at least explanation, and can maybe even find a healthy solution. We crave calories when we are exhausted and push ourselves too far. So get some rest, and maybe the brownies will look less alluring. Our flight-or-fight response is a cascade of hormones trying to keep us safe. Breathing practices can calm that response more reliably than alcohol. Finding a safe person to listen to your inner child is much more effective long term than quieting her with barbiturates. As for me- I’m 15 weeks pregnant and my hormones just went from 0 to 120 in the course of a few weeks. So naturally my cravings and aversions are in overdrive as well. The trigger for me all this time was feeling overwhelmed by “wants”. Something my inner child couldn’t see, but that I can talk with her about and address in health ways, and I have my own parents to thank for that.

P.S. Addiction is a real and serious condition. Practices such as yoga and meditation can play a huge role in the healing process, but if you or someone you know is suffering from addiction please also seek medical and psychological assistance immediately. http://drugabuse.com/ http://www.addictionrecoveryguide.org/